> BOOKS & MAGS>MJ BEFORE YOU JUDGE ME
Are you an Amazon customer? Pay now with address and payment details stored in your Amazon account. 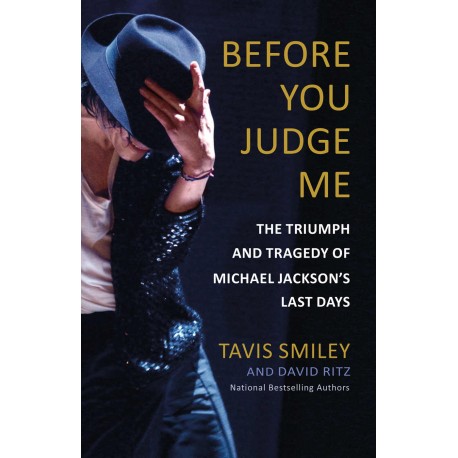 BEFORE YOU JUDGE ME

Michael Jackson's final months were like the rest of his short and legendary life: filled with deep lows and soaring highs, a constant hunt for privacy, and the pressure and fame that made him socially fragile and almost - ultimately - unable to live.

With the insight and compassion that he brought to his bestselling telling of Martin Luther King, Jr.'s final year, Tavis Smiley provides a glimpse into the superstar's life in this emotional, honest, yet celebratory book. Readers will witness Jackson's campaign to recharge his career - hiring and firing managers and advisors, turning to and away from family members, fighting depression and drug dependency - while his one goal remained: to mount the most spectacular series of shows the world had ever seen.

BEFORE YOU JUDGE ME is a humanizing look at Jackson's last days.

Be the first to write your review!

30 other products in the same category: