> MERCHANDISING>MJ OFFICIAL 2021 CALENDAR DANILO
Are you an Amazon customer? Pay now with address and payment details stored in your Amazon account.
Sale! 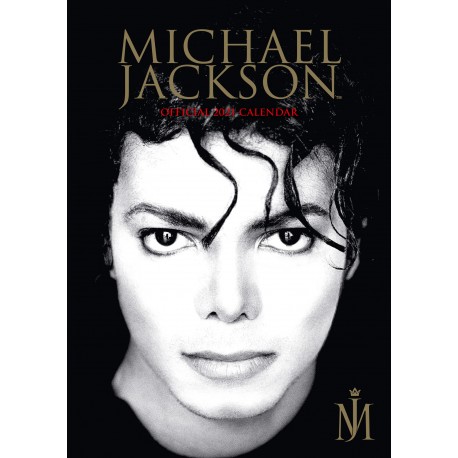 Michael Jackson was regarded as the 'King of Pop' and sprang onto the music scene with his brothers as the 'Jackson 5.'  In the early 1970's Michael also started to develop a solo career and by the end of the decade he was an established pop artist .  To date Michael Jackson has now sold over 350 million songs worldwide.

Michael Jackson's back catalogue of album and singles brought many awards including Grammys and Brit awards and MJ was one of the most significant figures of the last century.  Some of Michael Jackson's popular hits were 'Billie Jean,' 'Beat It' and 'Leave Me Alone.'  MJ was also an amazing dancer and his move called the 'Moonwalk' was special to watch. Likewise his music videos were well thought out and no one can forget the icon 'Thriller' video.

Buy today a Michael Jackson Official 2021 A3 Wall Calendar featuring the classic photos of the 'King of Pop.'  This A3 Calendar is a Michael Jackson Poster calendar as well as an opportunity for you to write your 2021 appointments in the date boxes.

Be the first to write your review!

30 other products in the same category: